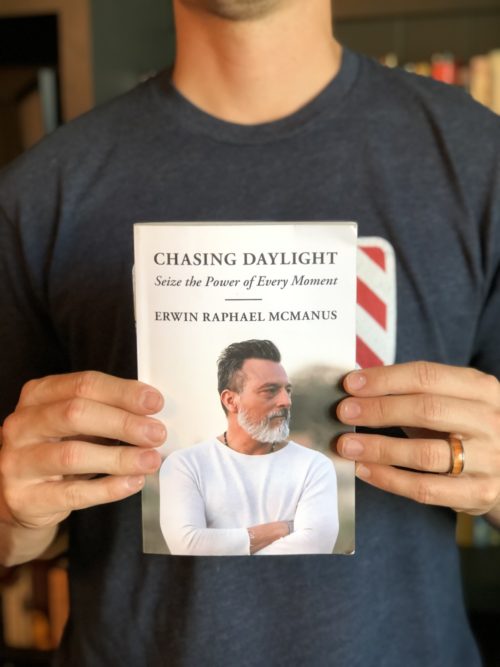 Pastor Erwin McManus is the pastor at Mosaic church in Hollywood California and has campuses in many other places, including some out of the United States. In his bio printed on the back of his books he’s described as an iconoclast, which I had to look up in the dictionary. It means a person who attacks cherished beliefs or institutions.That’s a pretty big statement coming from someone who has attached himself to one of the oldest forms of institutions of all time, the church. But I think, if you listen to what he has to say, you might find his way of doing church and talking about Christianity different than others.

In his book, Chasing Daylight,McManus tackles one big thought: don’t waste your life. The title alone could give you a hint about what lies beneath the cover, but it doesn’t give the entire picture. If you’ve heard McManus talk or give a sermon than you know his focus tends to be on the greatness of God and what that means for us. By us, he means humanity.Something McManus has challenged me to think about is looking at all of humanity and seeing how Jesus is the perfect human living in the perfect human sense. Jesus then can be looked at as a life well lived. How he spent his time, how he didn’t spend his time, and what was valuable to him.

Chasing Daylightuses the story of a man named Jonathan and his armorbearer in the book of 1 Samuel chapter 14 from the Bible. The story is about Jonathan waking up, taking his armorbearer and attacking an entire army alone. Jonathan, filled with faith and trust in God, believes that this moment belongs to him, and is a moment designed and orchestrated for God to show up and do something incredible. McManus focuses in on the choice that lay before Jonathan, what could have happened if he missed it, and what could happen if he simply ignores it. The story gives us an amazing example of what it looks like to be followers of Jesus and what it might mean to take steps of faith. It’s clear from this story that the miracle would’ve never happened if Jonathan didn’t step into his moment.

I’ve heard what the critics have to say about McManus, that he doesn’t really preach Jesus and that it sounds like a self help talk instead of a sermon. Even the subtitle of this book Seize the Power of Every Momentsounds like a book you could find in a self help section at a book store. What I love most about this type of criticism is that it makes it sound like McManus is doing something wrong by using his gifts to literally help people, even if it means he teaches them how to help themselves. McManus, a Christian, challenges the reader to take a look at the moments in which God is calling them into. He shines a light on the fact that what gets in the way of seeing a move of God in or lives is ourselves, not others. I think the reason why McManus, who is in his 60’s, is so popular with the 20’s and 30’s is because he is inspiring them to see God as the key to a life of adventure. He speaks to the strength of millennials, not their weakness. This book is like ground zero for that.

Listen to this thought by McManus from Chasing Daylight:

“Do what you know you should do, and you will know what to do. God clarifies in the midst of obedience, not beforehand.”

This book lays before the reader the idea that the Bible has given us what we need to know, and it promises that the Spirit of God will be with us so now our job is to GO. If you are a dealing with finding God’s directionin your life, pick this book up. It will be a great kick in the pants.

Often what I think is misplaced when we look at a guy like McManus is that while he talks about chasing dreams, fulfilling destiny, and be the best version of ourselves, he speaks from the standpoint of a Christian. Everything he says is filtered through the saving work of Jesus Christ in our lives. This book, as well as some of his others, look at the work of Jesus in our lives and ask now what? What has the work God has done in our lives led us to do? What action have we taken with the promises that God has covered us with?

The book lost some traction for me in the middle. I felt like I had gotten the overall idea about halfway through, and it began to feel a little long. McManus also is writes a fictional narrative before each chapter that I found hard to follow. But the last few chapters of the book are amazing and worth pushing through. Also, this is just my opinion anyway. The middle of the book, although not impactful to me, could be the few chapters of the book you really enjoy. I was challenged and inspired to live out the person that Jesus has enabled me to be.

Go pick it up. Capture your divine moment.

Thank you Pastor Erwin for your ministry and heart for people. You have encouraged, challenged, and forced me to think deeper and dream bigger. May God bless you in the future. 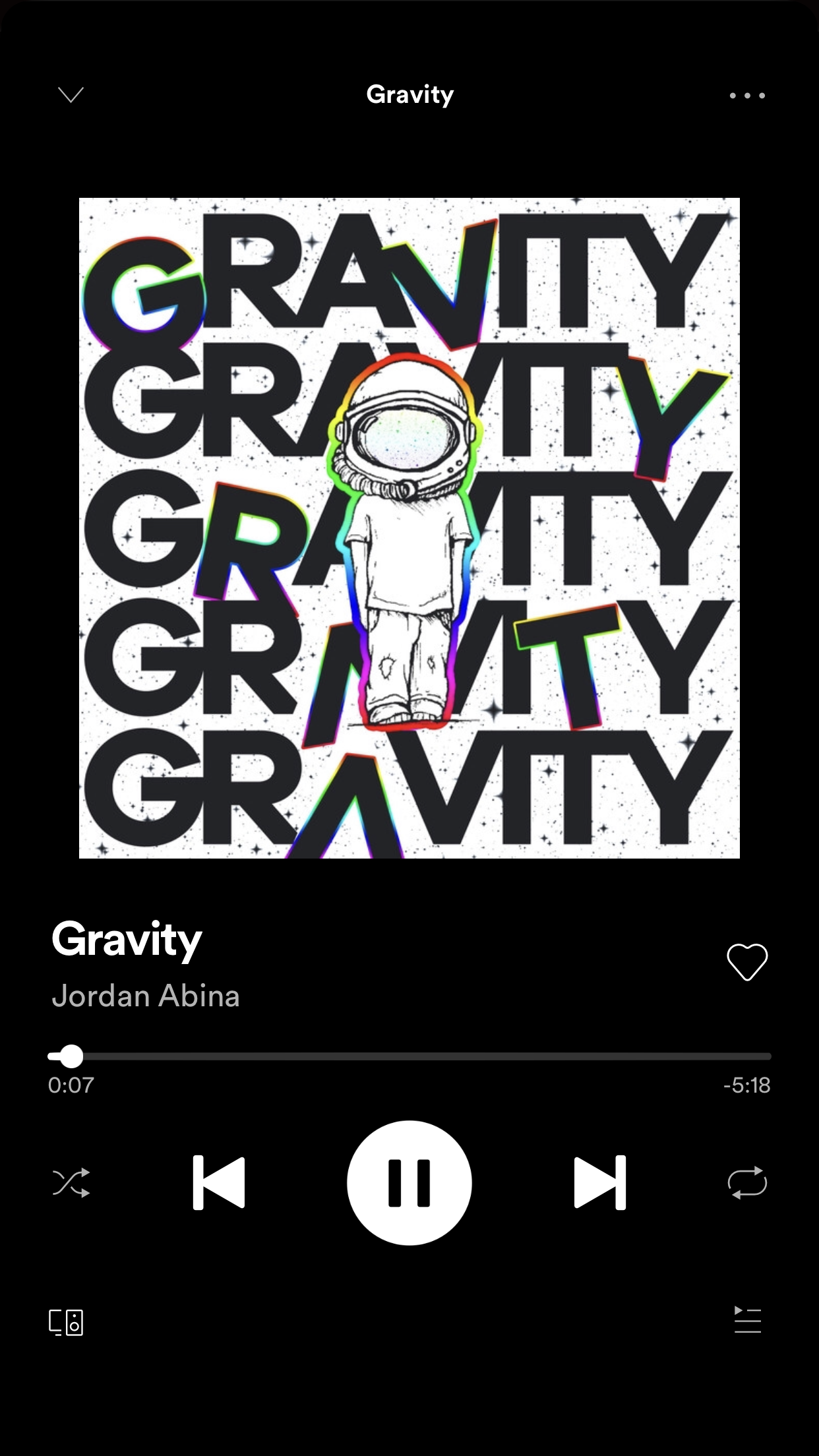 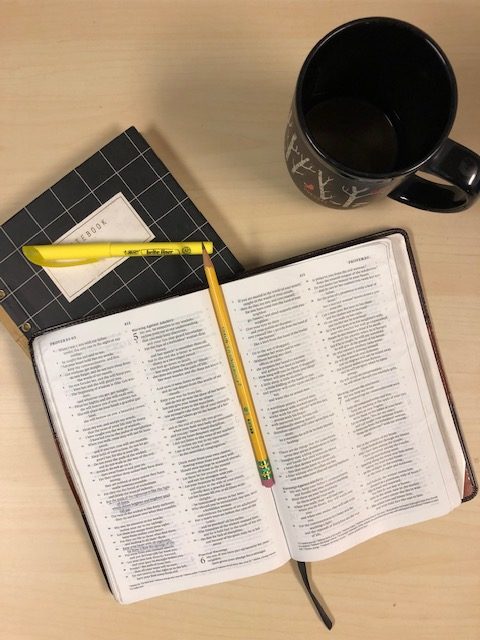 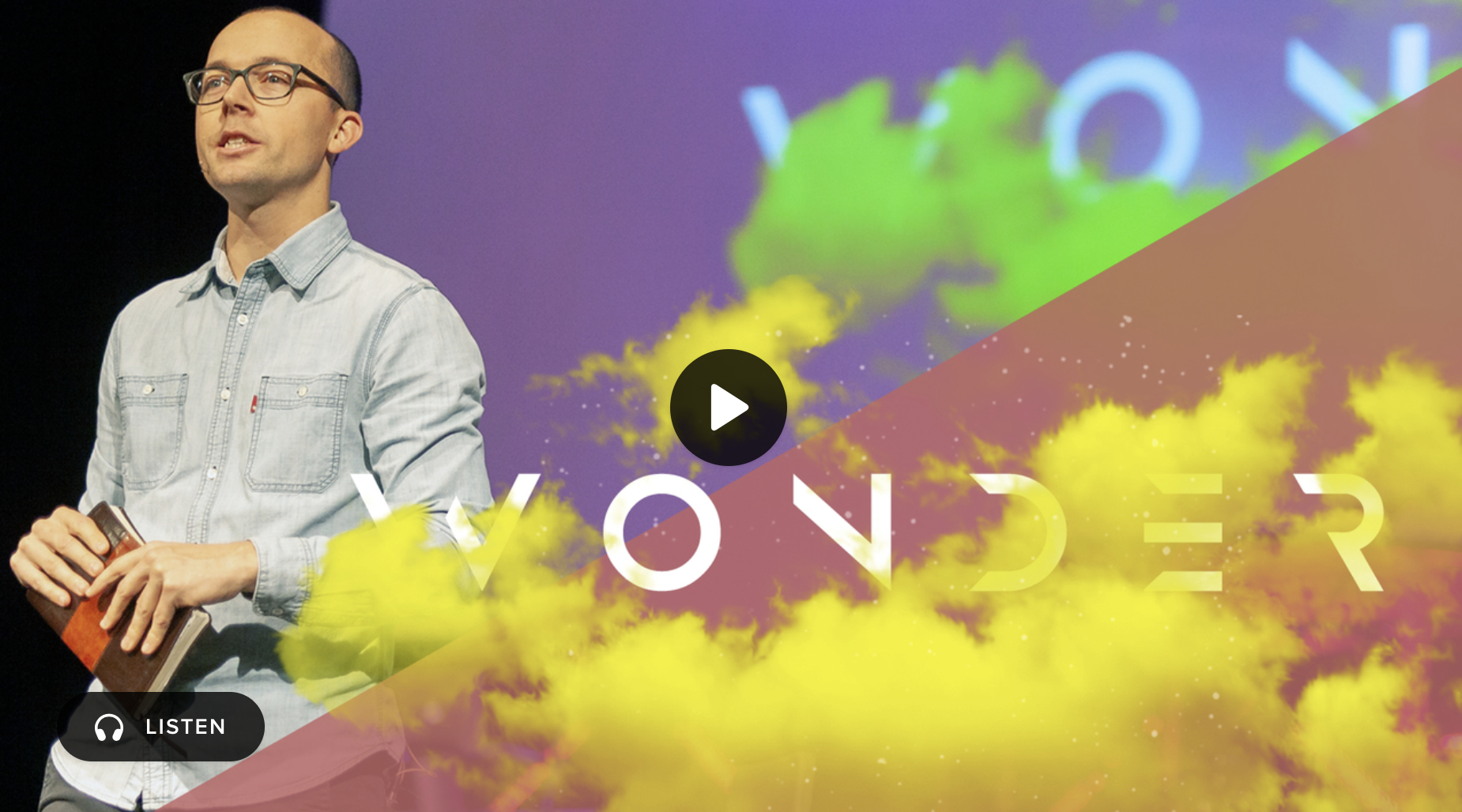 Maybe the reason we’re here, is because we’re supposed to be. 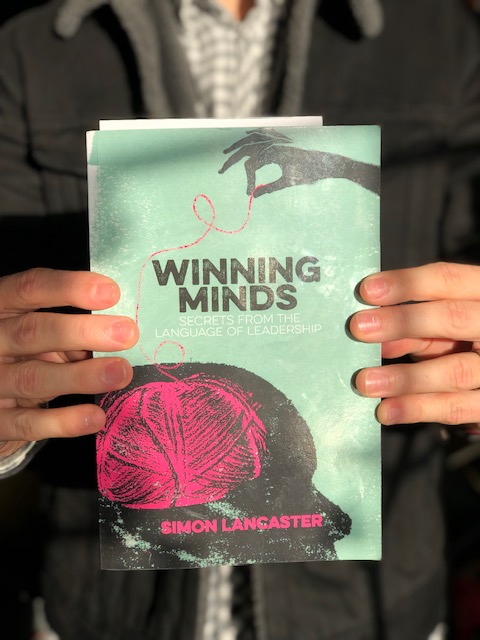 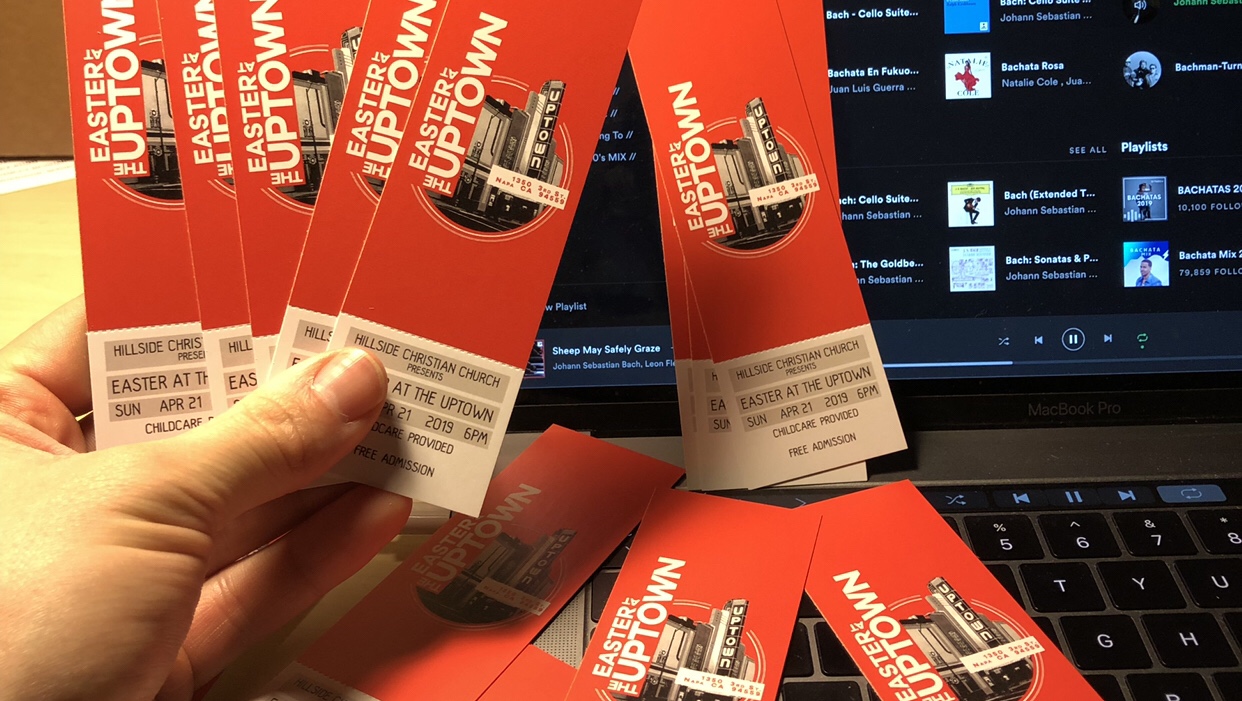 Love that feeling of a fresh print. #Design @psprint